Wowowow. It feels like change is everywhere for me lately. It’s so much change that I wish I could take it into the bank and put it in one of those machines that will give me dolla’ bills. And it’s not bad change — I can just feel all this energy swirling around me and I’m trying to remain standing upright.

I went with my boyfriend to New Zealand for two weeks in the middle of February. He’s a kiwi and has been in the states since 2001. We met in 2016 on an online dating site! Have you ever used one of those? I was previously married for 26 years, so the whole virtual dating world felt like the wild, wild west to me. But alas, this cowgirl lassoed herself a real cutie. We moved in together last fall. Awwww, right? Anyway, we went to NZ to visit with his family and also look at giant mountains and lakes that are so blue that you’d swear they were wearing colored contacts. It was a crazy-cool trip and I promised myself I wouldn’t do any work while I was away … and I didn’t. Can you believe it? I can’t and I know me better than anyone else. I did, however, write and schedule all my Texts from Mittens post before I left town. Hey, would I leave you Mittens-less? 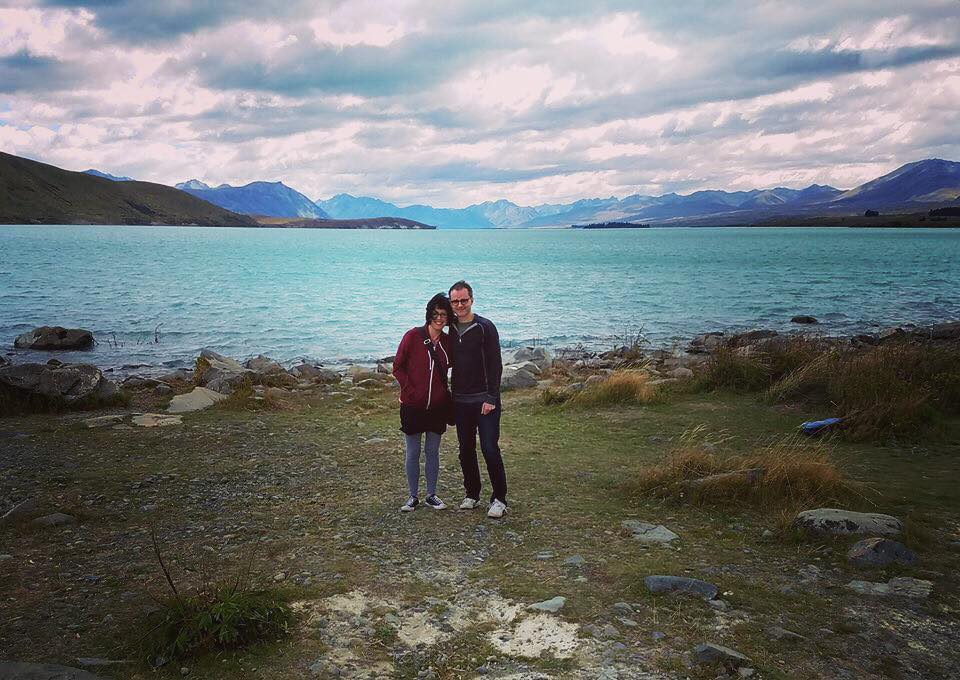 Chris and I posing by Lake Tekapo in NZ. Lord of the CUTE!

I had a lot of time to think about the direction of my career while I was on those 15-hour flights, and I knew I wanted to focus on what I’m passionate about and leave the rest behind. When I returned, I made the difficult decision to let go of my Catladyland blog and its social media, and began to focus all my energy on Mittens and further developing my personal brand. This was like losing a child, but I knew it was the right thing to do. I’d started the Catladyland blog in 2009, had won a few awards, and had over 500,000 social media followers. Yeah, it was emotional, friends. The thing is, my heart wasn’t into creating content anymore, and I’ve learned to listen to my heart (and gut).

Speaking of letting children go, my nearly 22-year-old daughter moved across the country last Saturday. This was a lot of change for me. I would have gotten mega dolla’ bills from the machine on this one. She and I are very close and, although I’m proud of her independence, I miss her something fierce. She’s already sent me many photos of her roommate’s cats, so I figure she’s in good hands … or paws.

I’m a freelance writer, so my entire income is pieced together like a jigsaw puzzle. It’s a good month when I can find all the pieces, but not-so-good when there’s one (or five) missing pieces. Some of my gigs have changed over the last year, but I always had faith there was something else around the corner, and there always was. I consider myself lucky and proud to be able to make a living writing mostly about cats. Seriously — I can pay all my bills. Usually.  I have  some cool projects coming up and I hope to have word to you soon, but for now my lips are zipped. OK, hold on while I unzip my lips and tell you about something else. This Monday, March 12, is the launch of Texts from Mittens on GoComics. This is super duper cool. I mean, Garfield and Snoopy live there! I’ll be posting older Mittens material, but I hope you’ll be happy to catch ones you’ve missed or revisit some favorites. I’m going to have a cool giveaway on Monday to celebrate the launch, so stay tuned for that! 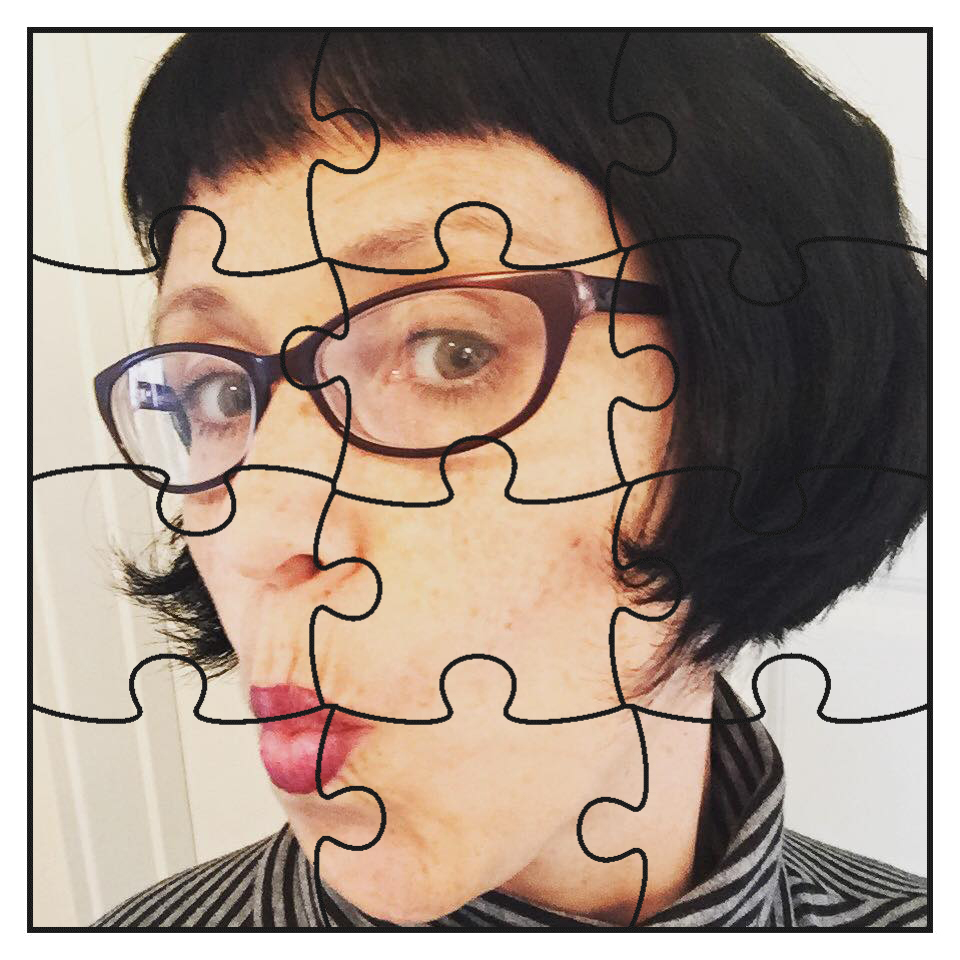 My income is puzzling.

Oh, my birthday is this month. I’ll be 48! I’ve never been one to hide or lie about my age. I think I’m in my upper 40s, but my boyfriend (a year younger than me) insists we are still in our mid-40’s. Whatever the case, I love my birthday. It means it’s almost spring and maybe some of this Minnesota snow will melt and uncover all the dog poop that owners never scooped up before the snowfall. Well, I’m not excited about the dog poop because the grassy areas are full of stinky land mines, but if the poop reveal means spring is here, I shall celebrate the poop. The coming of spring is a positive change.

That’s all I have for today. There’s more change afoot for me, but at some point I need to release you from the blog post — or at least give you a bathroom break. 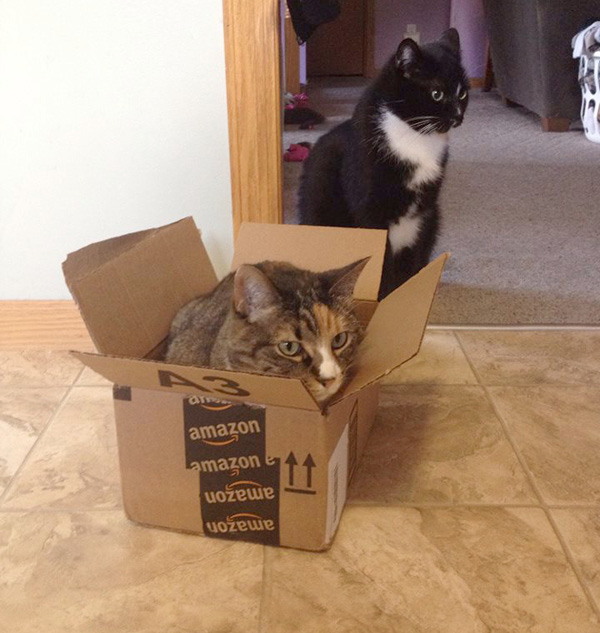 Bonus: Here are my cats, Phoebe and Cosmo, because this post is seriously lacking in cat photos.

Even though Catladyland is gone, you can still find me in a kazillion places. Please follow and let’s be friends.

Is that all? Now you can maybe understand why I couldn’t maintain all of this, plus Catladyland — especially since I reduced my caffeine intake.

Loves to you all! Go out there and be the nicest, weirdest you today. The world needs you!